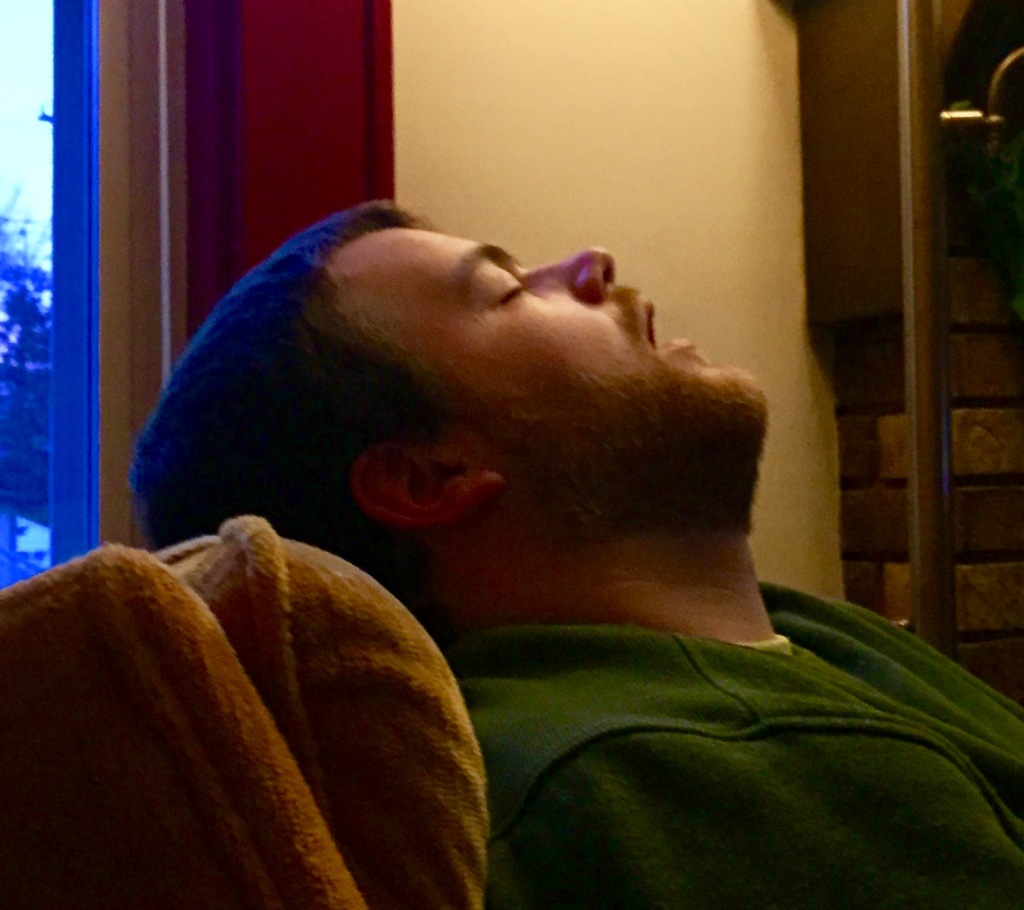 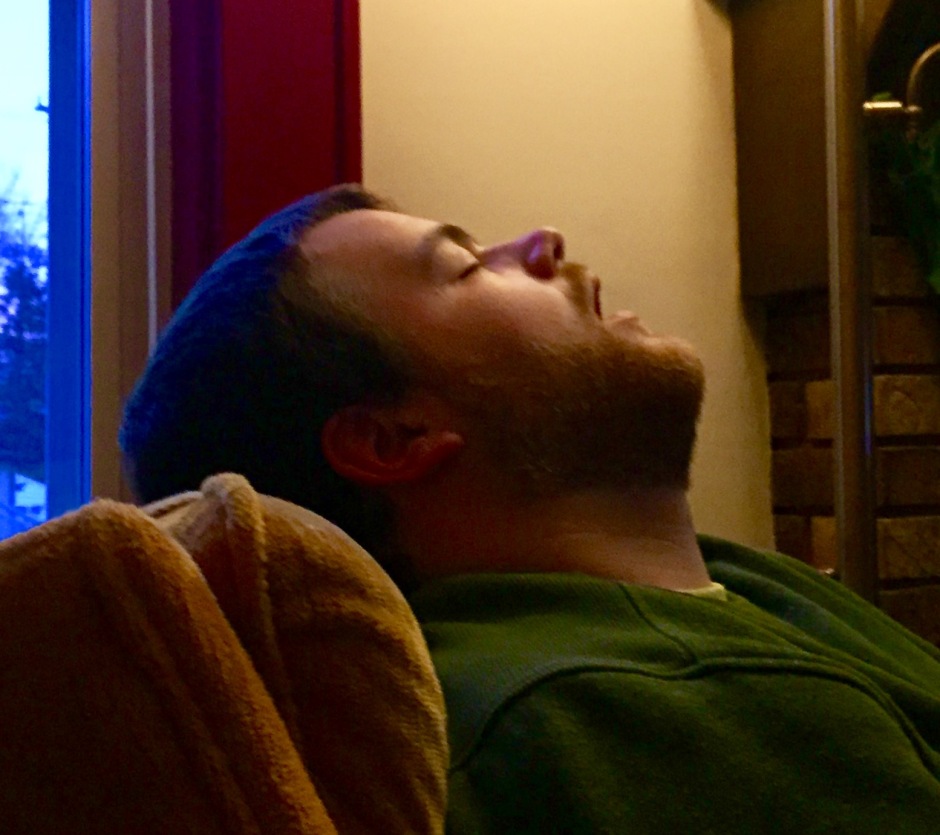 People gather at my house for Thanksgiving. They seem to like the food, although my coffee, beer, and whisky choices are probably considered more rights of passage than truly enjoyed. Television is another problem. When people sit in my living room, stuporous after the meal, I can only offer a curated selection of the finest movies and television ever produced; that doesn’t help if my guests want to watch the game. (Last year, I showed them the 2007 Fiesta Bowl, my favorite football game ever. It seemed to be a hit, but that only works once.)

This year, I cooked from 2:00 Wednesday afternoon until 12:30 on Thursday. As these things go, the meal was over by 1:30. I poured several glasses of Jack Daniels Single Barrel (Barrel Proof, 65.45% ABV), a gift from my brother-in-law, and an alcohol right-of-passage if there ever was one. (The young men took ice.) I collapsed on the couch, Apple TV Siri Remote in hand. This is what we watched.

The tenth Peanuts TV special, if you can believe it. The series was 8 years old in 1973, but the material had been written years before, and was bulletproof. Charlie Brown’s frenemy Peppermint Patty invites herself and two others for Thanksgiving dinner at Charlie Brown’s. His dog Snoopy prepares toast and jellybeans, which pisses Patty off, before she realizes she’s been an ass herself. Grandma saves the day by inviting everyone over, including their black friend Franklin, kind of progressive in the early 1970s.

One of the great sitcom holiday episodes, whereby a disastrous meal devolves into a food fight. Even if you don’t like that kind of thing, it’s irresistible because of Shelly Long’s tightass insistence on everyone behaving like an adult. The young people in my living room were surprised to see Woody Harrelson, better known to them as Haymitch (and not Larry Flynt, amazingly enough.)

How I Met Your Mother: Slapsgiving (S3:9)

I’d suggested Friends next, but Travis remembered this HIMYM classic, with a holiday slap gag the show would repeat twice more to diminishing returns. Marshall posted a web page, featuring a timer counting down to Thanksgiving, when he would slap Barney in repayment of a debt. The secondary plotlines involve the difficulties of baking pies with your ex-, and the misremembered age of a new suitor (named Bob, after my stepfather and a dead ringer for him as well.) Lowbrow, but the climactic slap and accompanying piano ballad make everything worth it.

Friends: The One With All the Thanksgivings (S5:8)

After a break for dessert (more Jack Daniels for me), we returned to what seems to be the fan consensus for best Friends Thanksgiving episode. Fat Monica never did anything for me, as a character – she diminished Courtney Cox’s appeal in the rest of the show by association. (Friends almost always condescended to its characters in flashbacks, an unfortunate tendency repeated by Friends clones HIMYM and Happy Endings.) Still, the visual of a raw turkey on Joey’s and then Monica’s head is bizarrely funny enough to warrant repeated viewings.

I’d never seen this one, recommended by brother-in-law David. A brilliant satire of consumer idiocy, with opposing bands of kids scheming to be first to the mall, in order to get 80% off their game system of choice. Somehow the writers frame the whole thing as a Games of Thrones parody, and it works. When a nameless family described how they’d lost their young daughter to last year’s Black Friday stampede but was returning this year in her honor, I laughed until I cried.

Friends: The One With the Football (S3:9)

A moment of indecision brought us back to Friends; at least the theme was sports-oriented. The execution was dumb, though – one of those it-only-happens-in-sitcom plots whereby the girls win at football by flashing their breasts at the guys. Yawn.

The underrated Happy Endings was sold as a Friends knockoff but was twice as funny on a joke-by-joke basis. Elisha Cuthbert, known mainly for her lame damsel-in-distress work on 24, is a dynamite, fearless comedienne; she’s almost matched by Eliza Coupe as her Type-A control-freak sister (who swaps out the turkey for her own when nobody’s watching.)

Lorelai and Rory rush around town to attend four separate Thanksgiving dinners. A great episode for anyone unfamiliar with the series – most of the characters have great moments in this one. 43 minutes that fly by like a well-tuned sitcom.

The dishes were done, many had gone home. Newcomers to the living room wanted their Snoopy. I fell asleep.

The earlier Gg had gone over well, so why not another? Ostensibly a Thanksgiving episode, although the connection is tenuous, mostly calendar-based. Highlights why the series should have pulled the plug after four seasons. I slept some more.

Sarah’s contribution, one I hadn’t seen. A charming, ditzy production, complete with frozen turkey in the dryer and the gang smoked out of their kitchen. Zooey Deschanel is a nice throwback comedienne – daffy, not abrasive.

Another Sarah suggestion, and the best thing we watched. Another episode that serves its characters well – everyone had good moments. Nicely balanced between comedy and serious plot-lines. It occurred to me that Martin Sheen is probably the ideal Sorkin interpreter – he can recite the author’s most sanctimonious lines as a beloved uncle, annoying and eccentric but somehow adored all the more for it. Out of everything we watched, the best Thanksgiving “message.”