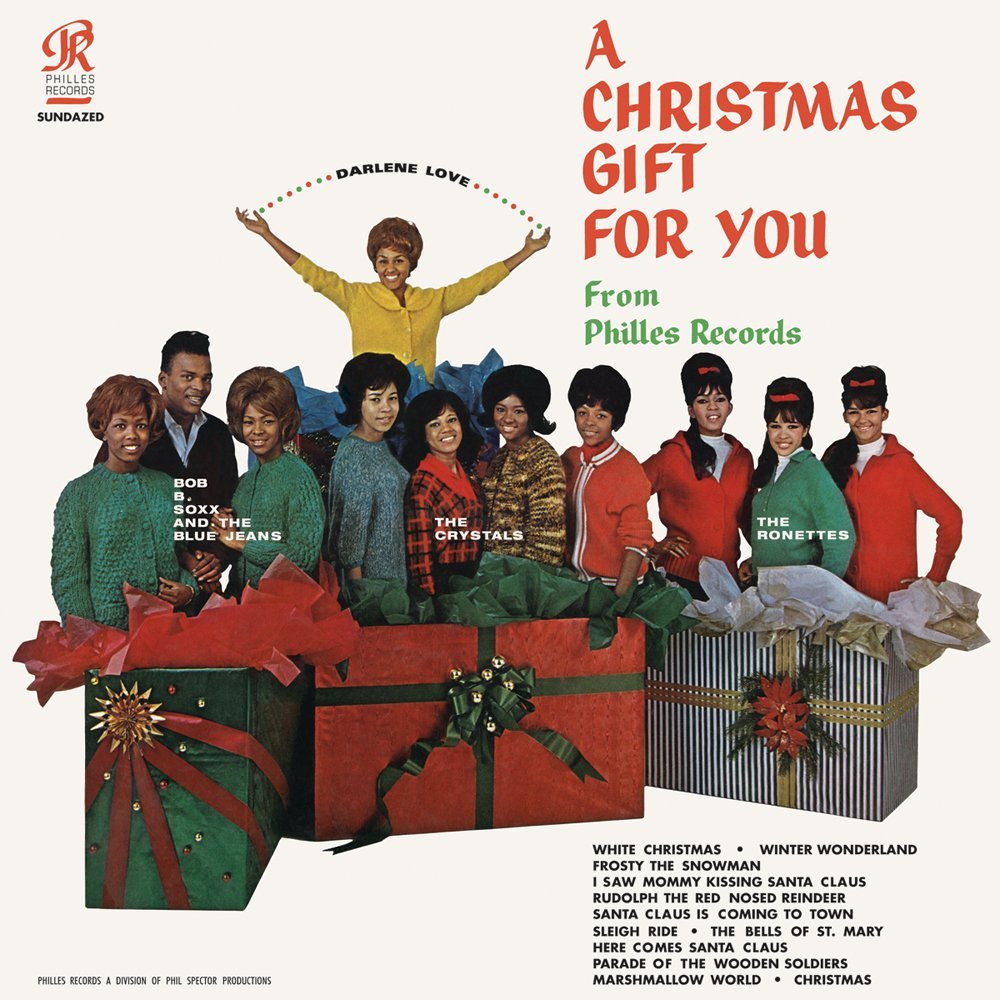 The best-selling Christmas album of all time is a mixed bag, but I love it for the irreverent and wonderful Santa Claus is Back in Town. Legend has it that Jerry Leiber and Mike Stoller, authors of Hound Dog and Jailhouse Rock, wrote the song in a few minutes while the musicians were on a break, and it was recorded the same day. At the other end of the spectrum is White Christmas, a misconceived version Irving Berlin tried to have banned from radio play. The album is like that – Elvis at his best and also most self-indulgent (some of his vocal affectations on the standards are cringeworthy.)

It opens with sleigh bells and laughing kids, and you can’t help but smile. The sisters from Ithaca, NY create the musical equivalent of sitting around a cozy fire, sipping hot cocoa, while snow falls gently outside frosted windowpanes. One of the rare holiday albums that isn’t dominated by the same old songs – it ends with Tibetan Prayer for Peace (which Fox News might consider part of the War on Christmas, all the better.)

An essential collection for the Sesame Street generation, for whom Jim Henson was and always will be Kermit the Frog – more than just the voice, a gentle worldview perfect for Christmastime. The album is from a TV special, an extended version of The Muppet Show with John Denver as guest. The special isn’t great, but the soundtrack holds up. Full of Muppet antics, voiced by the original performers, with a nice mix of familiar and less well-known material. John Denver’s name is on at least six Christmas albums, and two collaborations with Jim Henson and company. This is the one to get.

On his web site, Richard Carpenter writes that he was strung out on sleeping pills when Christmas Portrait was recorded, and it probably should have been released as a Karen Carpenter solo album. He was much more involved in Carpenters’ second Christmas album, released after Karen’s death. Both of those were later combined into a “Special Edition” re-release of Christmas Portrait, but you can still find the original setlist on tracks 1-17 of Carpenters Christmas Collection. That’s the one to get – aside from Richard’s strange a cappella rendition of O Come, O Come, Emmanuel, it’s a beautiful showcase for Karen. Christmas Waltz, Sleigh Ride, Have Yourself a Merry Little Christmas, Christmas Song (Chestnuts Roasting on an Open Fire), Merry Christmas Darling, I’ll Be Home For Christmas – these are the ones that have seeped into your brain via shopping center sound systems every Halloween through New Year’s. 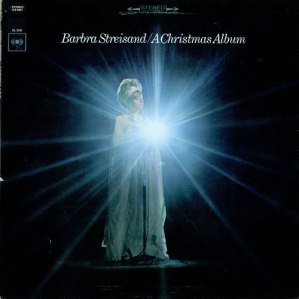 Babs kicks it off with a smoking, best-ever version of Jingle Bells, in a collection that otherwise relies too heavily on standards. Still, that voice. The production and arrangements are excellent, even if they never live up to the surprise of the first track.

Sinatra’s first Christmas album for Capitol; Christmas Songs by Sinatra (Columbia, 1948) is almost as good. Like Elvis’ first Christmas album, also released in 1957, the first side is secular, with Christian hymns on side two. Gordon Jenkins arranged and conducted a predominantly string orchestra, maybe because Nelson Riddle had been busy on six other Sinatra albums during the previous three years. Still, it’s fun to imagine what Riddle might have come up with for a Sinatra Christmas album, in the prime of their historic collaboration. (Riddle arranged for The Sinatra Family Wish You a Merry Christmas, 1968, little better than a curiosity.)

A good case that EPs are the way to go when it comes to holiday collections – Let It Snow! is five dynamite songs that suggest what a Sinatra/Riddle Christmas album might have felt like. It doesn’t overstay its welcome, unlike Bublé’s bloated Christmas (2011).

Swinging is right – nobody swings like Ella. She bops on top of a hot rhythm section in one of the most simply pleasurable of all holiday albums (12 pop confections, not a hymn in sight.)

If you grew up in the 1970s, chances are your touchstones include The Muppets and Peanuts. This album is Vince Guaraldi’s masterpiece, released in conjunction with the TV special of the same name, although some of the pieces had been composed for an unaired documentary about Charles M. Schulz, and were released as Jazz Impressions of A Boy Named Charlie Brown (1964). Cool and slightly melancholy, and one of the best-known jazz albums ever produced. 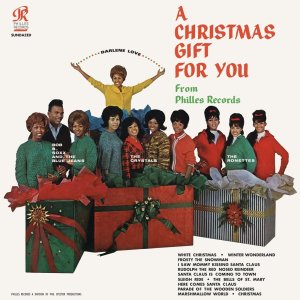 Retitled in 1972 as A Christmas Gift for You from Phil Spector.

The distillation of Phil Spector’s everything-but-the-kitchen-sink Wall of Sound, over-the-top but perfect as a Christmas confection. Spector’s singers always seem to peg the recording levels, but the overdriven sound is part of the innocent charm of the collection (everything is turned up to 11.) Spector co-wrote Christmas (Baby Please Come Home) as a showcase for Darlene Love’s transcendent lead vocal. Rolling Stone places the album at #142 on their 500 Greatest list, the only holiday album to make the cut.