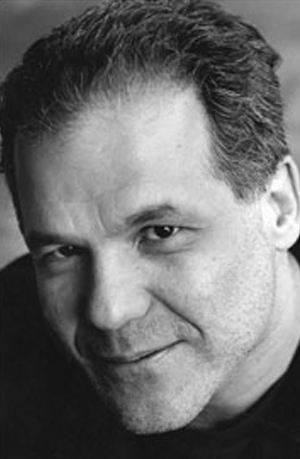 Lee Siegel’s most recent book is called Are You Serious? How to Be True and Get Real in the Age of Silly. I doubt any irony was intended when the New York Times published his essay Why I Defaulted on My Student Loans last Sunday. Those NOT asking “are you serious” can only be others who have or might want to default. Deeply silly, this guy.

I found myself confronted with a choice that too many people have had to and will have to face. I could give up what had become my vocation (in my case, being a writer) and take a job that I didn’t want in order to repay the huge debt I had accumulated in college and graduate school. Or I could take what I had been led to believe was both the morally and legally reprehensible step of defaulting on my student loans, which was the only way I could survive without wasting my life in a job that had nothing to do with my particular usefulness to society.

Siegel first attended a “small private liberal arts college,” but was forced to transfer to a New Jersey state college when his parents divorced and his father declared bankruptcy. He doesn’t mention in his Times essay that he holds three degrees from Columbia. Siegel continues:

It struck me as absurd that one could amass crippling debt as a result, not of drug addiction or reckless borrowing and spending, but of going to college. Having opened a new life to me beyond my modest origins, the education system was now going to call in its chits and prevent me from pursuing that new life, simply because I had the misfortune of coming from modest origins.

In other words, Siegel’s a good guy. He’s not some drug addict or a reckless borrower (more like feckless repayer). He’s disadvantaged – it’s not HIS fault he came from “modest origins…” Siegel thinks the current system of student loans is “a social arrangement that is legal, but not moral.” He brazenly admits that he has been in default on his student loans for three decades, but doesn’t seem to have similar moral qualms about listing his degrees in his speaker’s bio: “[Siegel] received his B.A., M.A., and a masters of philosophy at Columbia University…” (http://www.harpercollinsspeakersbureau.com/speaker/lee-siegel/) The poor guy just wanted to have his fucking cake and eat it, too.

I know somebody who has lots of student loans. She was even content to let her mother repay some of them for years. This person’s college was not cheap, and she earned a degree in a field of her choice. Once in the workforce, she decided she didn’t like the corporate rat race, and quit. She bragged about this bold decision on her blog – like Siegel, she would follow her bliss instead of “wasting [her] life in a job that had nothing to do with [her] particular usefulness to society.” People commented: “You’re so brave! If only we could all be like you.”

Siegel wants the same response; he also wants credit for exposing “[t]he collection agencies retained by the Department of Education as the greedy vultures that they are…” He also wants Congress to implement “a special, universal education tax that would make higher education affordable.” Asshole.

Back to the other brave soul. As with Siegel, the devil is in the details, or in what you choose not to reveal. After she quit her job, this person received checks from a boyfriend who subsidized her living expenses. And she deferred her loans, paying just the interest. None of this was communicated in the blogosphere – why spoil a story that makes you look righteously badass? Last I knew, this person was waiting for her mother to die so that portion of her loans would be forgiven. Asshole.

I made it fifteen years in the workforce without attending college. (If only I’d known about the Siegel Method!) Like Siegel, I have three degrees now. Unlike Siegel, I’ll be paying for them until 2020. I’m fine with that – I knew what I was signing up for (it wasn’t Columbia.) Unfortunately, Siegel wants me to pay for his loans, too. So does that other brave soul I mentioned. Life is hard in all kinds of ways, and it’s often unpleasant. Most of us work jobs we don’t want to, and we never get as far as we thought we might. I suggest “Be[ing] True and Get[ting] Real in the Age of Silly” means coming to peace with that. Seriously.