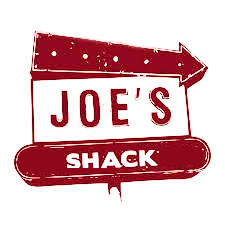 Joe McKenna, CEO of Joe’s, a moderately successful Los Angeles eatery: This new minimum wage is going to kill my business. KILL it.

Joe: I mean, we already pay our employees what –

Joe: Like that isn’t plenty? I mean, I didn’t get into this business so I’d make nothing. I need to pay for my divorces, my three houses and my boat. At this rate, I’ll be better off taking one of my own cashier jobs, and making the big bucks.

Ted: Of course, sir. Nobody understands how rough you have it, except the politicians you donate to.

Joe: What did we give last year?

Joe: Not enough. Triple it. Spread the wealth.

Ted: But sir, shouldn’t we set aside money to cover the minimum wage increase?

Joe: We’re going to get that killed. How much did you say our payroll is going to go up, again?

Joe: That’s what I’m talking about. No new boat next year. That’s out. I mean, this is America. If my employees want to start a business of their own, they’re free to. I’m not special.

Ted: Didn’t your parents send you to college, sir?

Joe: What’s that got to do with anything? I was raised middle class, and I pulled myself up by my bootstraps and made something of myself. Minimum wage is for lazy people.

Joe: And that’s my point! You have the benefit of being around me all the time, and what have you done with it? You know what, let’s give $250,000 to politicians this year. I’d spend half to save half.

Joe: Hey, I love my employees. They’ve made this business what it is today. I pay them exactly enough to inspire them to be all they can be. That’s capitalism, baby.

Ted: We need to talk about Miranda, sir. She’s about to go out on leave to have her baby.

Joe: Happy to guarantee her job, as long as she gets back here in the allotted time. How much was that again?

Joe: Damn government. What am I supposed to do for twelve weeks? Well, everyone else is just going to have to work harder. And I’m not paying overtime.  Well, I’m out of here. I’ve got tee time at 2:30. See you in the morning. And hey, try to look a little happier. At least you’ve still got a job.