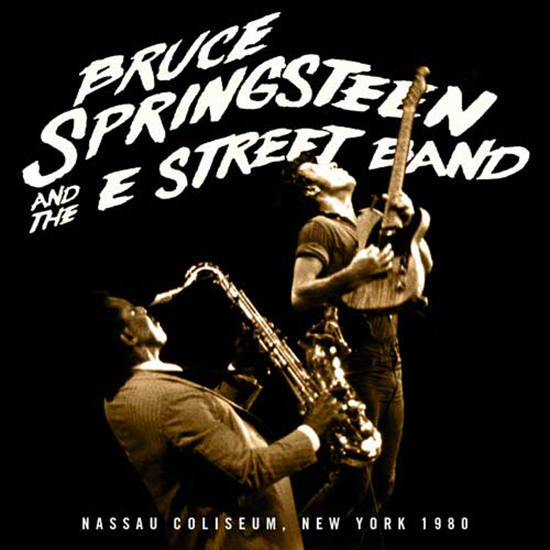 There has never been a better time to be a Bruce Springsteen fan. I’ve been in his camp since 1983, when I borrowed Nebraska from the public library. Back then it was years between albums, and the shows (and bootlegs) were out of my 13 year-old financial/logistical reach. I read about them in Rolling Stone, and later in Backstreets. The live albums Springsteen released through the years were very good but left a nagging feeling that something was missing. MTV used to play a Rosalita video from 1978, featuring a loose and goofy Bruce that wasn’t apparent on the official releases. I wondered, and I waited.

Yesterday, live.brucespringsteen.net released another classic show in its entirety: the famous New Year’s Eve concert at Nassau Coliseum, 1980. This marathon stood as his longest show for the next three decades – 38 songs in 3 hours, 48 minutes. (Many claim Springsteen used to perform 4-hour concerts all the time, but that mark wasn’t actually broken until Helsinki, 2012.) Arriving just six weeks after another New Year’s Eve show (Tower Theater, 1975), carefully mixed and mastered, this might be the first one from the vaults to be unanimously voted a must-have by fans.

Setting aside the miracles of restoration accomplished on the old magnetic tapes, there’s an interesting production approach happening in these releases. Toby Scott has mixed the past three to suggest the sound of the albums they represent. It’s especially noticeable comparing The Agora to Nassau. Darkness on the Edge of Town was dry and clear, and The Agora recording is likewise crisp, the instruments distinct. The audience noise is subdued, and it feels like you’re on stage with the band. The River featured a more raucous sound, spacious, with the instruments piled on and around each other. Scott recreates that on the Nassau show, and this time you feel like you’re part of the crowd, surrounded by the joyful noise.

Historically, The River tour marked a transition for Springsteen. It was his first Billboard #1 album, and the crowds were a lot bigger. (Nassau Coliseum seated about 15,000 in 1980.) The New Year’s Eve show was the band’s third concert at the venue in four nights, and the 46th or 47th of the tour, which had begun in October. Vocally, Springsteen has never been better – he uses the microphone and the live sound mix to great effect; his voice doesn’t yet have the rasp that will come to dominate later, projecting to even bigger crowds. Steve Van Zandt’s backing vocals have also never sounded better – he’s amazingly present and precise on the songs here. The MVP of this show, for me, is Garry Tallent’s bass. His performance is virtuosic and well-placed in the sound picture – this show is a primer on rock bass playing. This was also when Bruce started maximizing Max Weinberg’s drum sound. The thunderous kick and snare are noticeably more explosive and strident in this show, now that we can hear entire concerts from different eras and compare. After Darkness on the Edge of Town, Springsteen reportedly almost fired Weinberg; Weinberg took lessons, practiced, and this recording features the “new and improved” Max (I miss the old one.) I don’t love Roy Bittan’s piano sound on this – the playing is wonderful, but the tone resembles a saloon piano more than a grand (I don’t know what he’s actually playing.)

Some of the songs on Nassau have been part of other releases. Springsteen’s web site says, “The 4th of July, Asbury Park (Sandy) from this show appeared on the Live 1975-1985 box set, and Rendezvous was released on Tracks; all other songs are previously unreleased.” To my ear, Merry Christmas, Baby sounds identical to the version on A Very Special Christmas, and Held Up Without a Gun seems to be the performance used for The Essential Bruce Springsteen. That’s not a knock – all of these are definitive versions, and it’s nice to hear them in their original setlist. The Nassau performance of Jungleland is also definitive, the best I’ve ever heard. Note also that the previously released songs are mixed to match this release – particularly Sandy (the Live/1975-85 version puts you in the back row; this mix puts you in the middle) and Rendezvous, which is less bright and trebly than its incarnation on Tracks.

More great moments. The opening “Night” trilogy (Night, Prove it All Night, Spirit in the Night) is fantastic – intense but controlled (it would be many years before Sprit in the Night got funky again, a slight bittersweet note.) This Land is Your Land – a better vocal than the Live/1975-85 version. Fire – great, funny, steamy duet between Bruce and Clarence Clemons. The Price You Pay – one of my favorites, with an acoustic beginning and a third verse I’d never heard. The band joins as the song progresses. Rosalita – kicks in with a wallop out of Auld Lang Syne and doesn’t let up. Detroit Medley – a lot of fun here. Raise Your Hand – the cheering had subsided and the “go home” music had started, but the band came back re-energized and killed it.

A few observations. Springsteen almost always surpasses his studio versions with live ones, but I’ve never heard it happen with Sherry Darling. This version is pleasantly cacophonous but it never really coheres. Fade Away starts with a long musical intro that’s too strident and sort of ugly; that feeling continues in the song itself but it grew on me. It’s like a version sung by an angry drunk (Danny Federici’s restrained organ is the voice of reason.) Wreck on the Highway begins with a lively piano sound that threatens to ruin the song’s wistful mood; it gets straightened out by the midpoint, and Springsteen’s vocal is exceptional. Springsteen’s confusion about the time as midnight approaches is a bit ridiculous. You can excuse it at the Tower Theater show five years earlier, when it was almost midnight and nobody had a watch; that played like shtick. Here it’s annoying, and a potentially great rendition of In the Midnight Hour is halted in the middle, then never picked up again. They’d played New Year’s Eve before – nobody from the crew could have informed Bruce about the time as they went? The version and position of Born to Run here is the modern, tired encore rendition – overblown.

The 1970’s Springsteen performed like a man possessed – live wire, often silly, effervescent. He seemed unpredictable, and the band scrambled to stay with him. He told rambling stories back then. By 1980, the musical arrangements were more locked in, the tempos had slowed a bit, and it was all more polished and professional. His stories got shorter and less frequent. The change was inevitable – the privilege of these archive releases is watching Bruce mature as a performer. If my personal favorite so far is Tower Theater 1975, Nassau Coliseum 1980 is the show I’d give to someone who’d never heard Springsteen live. Fewer frills and surprises, but musically assured and a well-crafted setlist. Plus, something cool happens after midnight – Bruce’s new vocal style seems to roll back in time, the breathless squeals return, and we get a last glimpse of the fun and funky Bruce before the earnest 80’s icon version became indelible. Nassau 1980 is a priceless snapshot.

Hear this piece in Podcast Episode #5