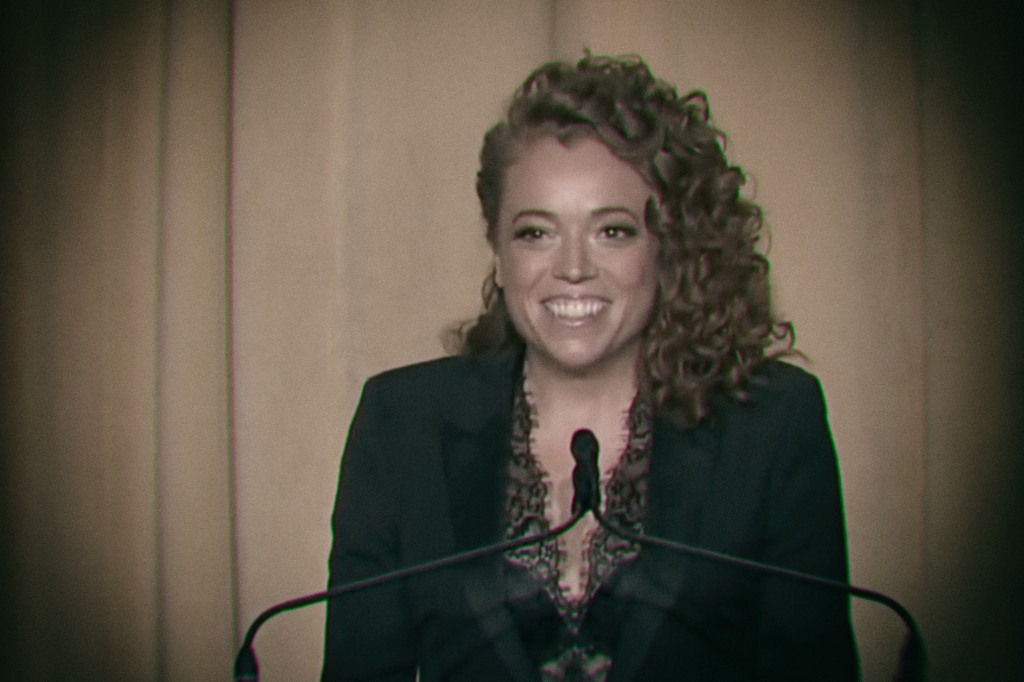 If you haven’t caught Michelle Wolf’s 19-minute set from the White House Correspondents’ Dinner, look it up on YouTube. Be sure to find the C-SPAN clip, sans any subsequent media hand wringing. It’s a courageous, knife-edge bit of comedy, dense with great jokes and harsh as hell. It makes you squirm, and that’s the point.

In 2014, Hannibal Buress called Bill Cosby a rapist during a comedy routine. That was rude; it was also true, and Buress’ shot across the bow is now considered a vital domino that contributed to Cosby’s criminal conviction last week. More broadly, that rude humor nudged societal attitudes and contributed to the present #MeToo movement.

Wolf has been particularly criticized for a joke about Sarah Huckabee Sanders, as follows:

“I actually really like Sarah, I think she’s very resourceful. Like, she burns facts, and then she uses that ash to create a perfect smoky eye. Like, maybe she’s born with it, maybe it’s lies.” Pause, then almost under her breath, “It’s probably lies.”

Somehow, talk show bobbleheads think this joke criticizes Sanders’ appearance. News flash: “perfect smoky eye” is not the relevant putdown (is it even insulting?) – it’s that Sanders doesn’t tell the truth, a premise her defenders don’t seem to take issue with. This is why Wolf was brilliant: many of her jokes played like so much late-night comedy (she worked for both Seth Meyers and The Daily Show), but then she added those asides, punchlines delivered straight, not funny but devastating.

“I did work at Bear Stearns in 2008. So although I haven’t been sexually harassed, I’ve definitely been fucked. Yeah, that whole company went down on me without my consent.” Pause. “And no men got in trouble for that one either.”

That, friends, is a practically perfect joke.

Any Schumer’s TV show featured a sketch in 2014 called “A Very Realistic Military Game.” In it, a woman plays her boyfriend’s Call of Duty-style video game and her character is raped. The boyfriend accuses her of doing something wrong, and the AI asks her if she’s sure she wants to report the other soldier, because “he has a family.” Many complained at the time “it’s just not funny,” or that it was in poor taste. It was, and remains, brilliant.

In 2016, Beyoncé performed her song “Formation” at the Super Bowl with dancers dressed like Black Panthers. I watched in real time as social media lit up with denunciations (turns out NFL followers are even more easily offended than NASCAR fans when confronted with social issues of any kind – just ask Colin Kaepernick. Fun fact: when the Black Panthers started carrying guns in the 1960s, the NRA fought FOR gun control.) That was arguably the moment Beyoncé transcended brilliance, a sphere she continued to expand with her recent Coachella sets. (Another digression. After you’ve watched Michelle Wolf’s bit, look up SNL’s short “The Day Beyoncé Turned Black.”)

“Last night’s program was meant to offer a unifying message about our common commitment to a vigorous and free press while honoring civility, great reporting and scholarship winners, not to divide people. Unfortunately, the entertainer’s monologue was not in the spirit of that mission.”

Well folks, you hired her. Wolf’s message boiled down to this: If you respect the office of the Presidency, there’s no way in hell you can respect this president.