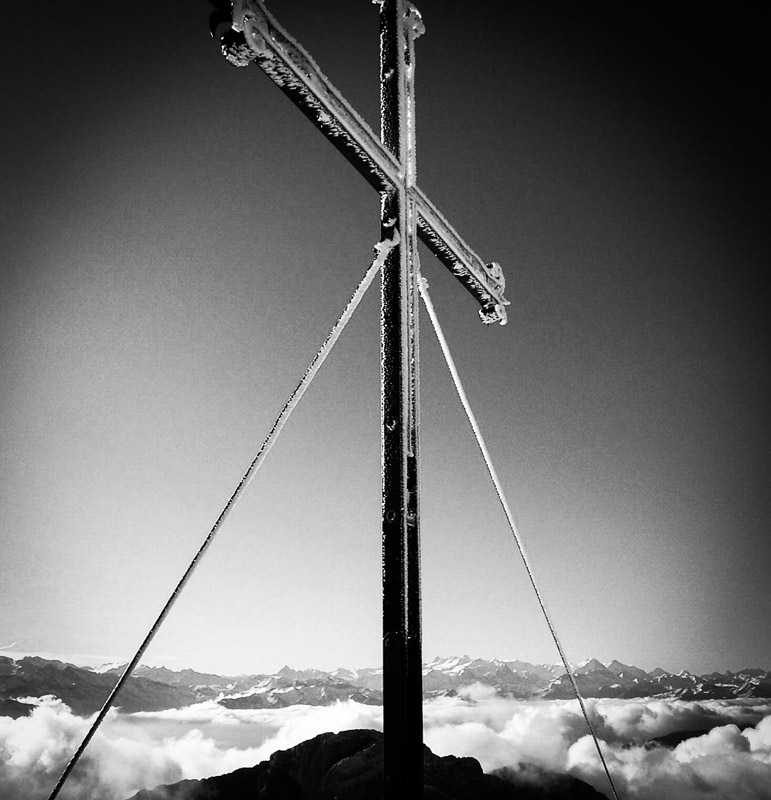 Just then a man came up to Jesus and said, “Lord, we have done great things in your name. We have voted as one and have chosen the lesser of two evils. Soon, we shall enshrine your commandments as law in the United States, for the good of your Kingdom on earth.”

“What do you know about what is good?” Jesus replied. “I’ve told you before, if you want to enter life, keep the commandments.”

“All those we have kept, but there are many who don’t keep them,” he protested.

Jesus answered, “If you want to be perfect, go, sell your possessions and give to the poor, and you will have treasure in heaven. Then come, follow me.”

“You don’t understand, Lord. Many of your followers are criticized when they refuse to serve people they disapprove of, for sincerely held religious reasons. Also, the government threatens us with loss of tax exemption if churches endorse political candidates. Truly, we are persecuted. But our new President will change all of that.”

I was raised Roman Catholic and accepted Jesus into my heart as a teenager. The appeal was love and service. I’ve handed out bags of groceries, repaired houses in the inner city, and prepared and served food for many years at a Rescue Mission. I’ve delved deeply into leadership and music ministry at several churches, even attended seminary for a semester.

A few years ago, I watched my wife stand up during a vicious, graphic sermon about the evils of homosexuality; she took my daughter’s hand and walked out the door of the church. They haven’t returned. It wasn’t a sudden decision, just the breaking point after years of watching Christians at work.

I should say right now that I know a few Christians whose faith is just beautiful to me – their words and actions are a constant testament to what they say they believe, and they’ve inspired me to continue many times, when I’ve wanted to give up.

But then there’s this:

81% of white evangelicals voted for Trump (Pew Research Center). That figure sticks in my craw, because for better or for worse, those were my people for a long time. Of course, there are plenty of articles that try to massage that figure, saying it doesn’t necessarily reflect active churchgoers, along with other caveats. But anecdotally, based on conversations and what I’ve seen on social media, it holds up.

To many churchgoers I know, the big promise of the election was “getting Trump’s Supreme Court picks.” To roll back Roe v. Wade, and make abortion illegal; to eliminate LGBT protections, and reserve marriage for straight people; to end the Johnson Amendment, and allow churches to participate in political campaigns.

To gain those benefits, they supported and approved a man for President whose life has been a constant contradiction of what they claim to value: love, joy, peace, forbearance, kindness, goodness, faithfulness, gentleness and self-control. Someone not only lacking political experience, but who literally seems incapable of service, and considering the needs of others. Someone who has proceeded to fulfill every rotten implication of his character, who has turned away refugees and promises to increase the misery of the wretched. But hey, at least he’s going to destroy the Johnson Amendment.

The Constitution does not protect churches from taxation, but that has been our tradition from the country’s founding. Under the terms of Senator Lyndon Johnson’s 1954 legislation, churches and other nonprofit organizations that are exempt from taxation “are absolutely prohibited from directly or indirectly participating in, or intervening in, any political campaign on behalf of (or in opposition to) any candidate for elective public office.” Churches (and a portion of many pastors’ salaries) are subsidized by U.S. taxpayers, with the condition that they don’t collect contributions on behalf of political campaigns or make statements for or against a particular candidate. (Let’s not forget that individual donations to churches are also subsidized by the government, via a not-insignificant charitable deduction from personal income taxes.)

The traditional argument for subsidizing churches has been that they provide a public good (the form and the distribution of that good has never been specified or required in any way; it’s assumed.) I expect many citizens today can provide examples of churches working against their good, and can make a reasonable objection to being forced to contribute to those churches. I further suspect most of those citizens did not vote for Trump.

One of the complaints I hear a lot is that young people aren’t going to church anymore. My daughter isn’t. There are all kinds of theories, but I think the answer is simple: “By their fruit you will recognize them. Do people pick grapes from thornbushes, or figs from thistles? Likewise, every good tree bears good fruit, but a bad tree bears bad fruit.” (Matthew 7:16-17, NIV) My daughter sees what churches are promoting, and she doesn’t want any part of it. She’s been called delusional by an adult Christian for her support of LGBT issues; recently, another Christian adult suggested she should be “slapped in the mouth” for her pro-feminist contribution to a social media discussion about the Women’s March on Washington.

Judge a tree by its fruit. The Christian church in the U.S. has had it so good for so long, they’re inventing persecutions against themselves even as they work to discriminate against others. This breaks my heart, because it’s not the church I signed up for; my family has already rejected it. Three weeks in to this objectively appalling Trump Presidency, and I haven’t yet seen a single one of that 81% repent.

Judge the goddamn tree by its fruit.