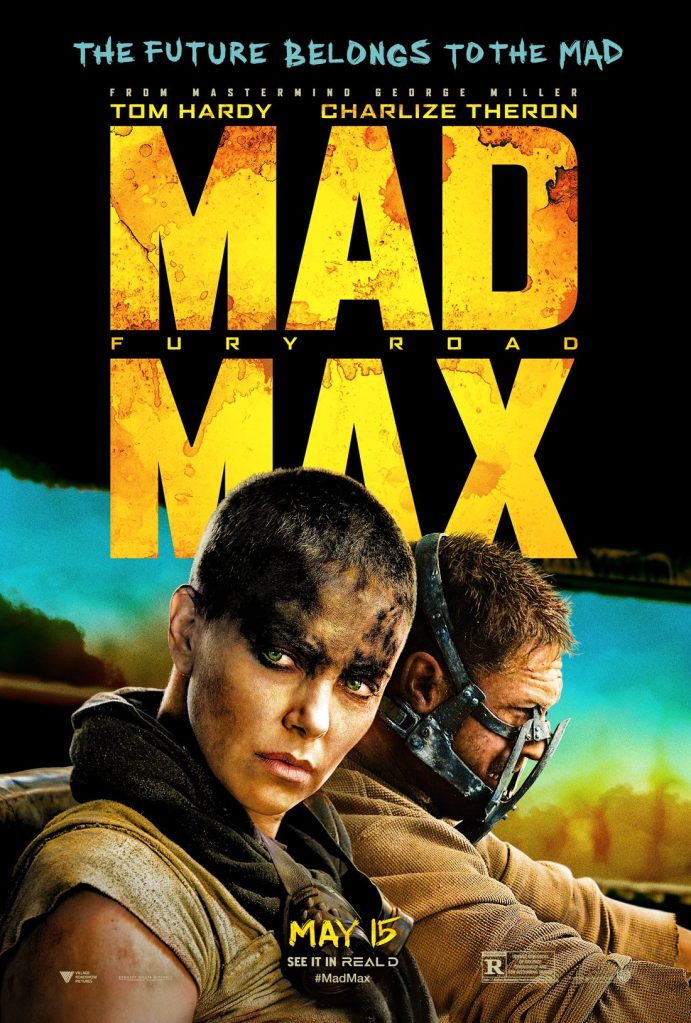 The biggest, most flamboyant feat of cinematic imagination in 2015 was George Miller’s Mad Max:Fury Road. Miller piles on mythic themes, literary allusions, hallucinatory images, postmodern feminist theory, filters everything through a desert punk aesthetic, cranks the amp to 11 and lets things rip. I loved it.

In some near-future, wasted Earth, Immortan Joe rules his tribe by controlling the water. He keeps a harem of wives, many of whom are pregnant; mothers are hooked to pumps that harvest their milk, a commodity. Imperator Furiosa (a ferocious Charlize Theron) is sent in an armored truck to collect gasoline.

Turns out, she’s got five of Joe’s favorite wives on board, and plans to deliver them to the “Green Place” of her childhood. Here’s the entire plot: They drive through the desert. Joe pursues with his War Boys. Eventually, they change direction. Simple, but the variations are amazing. Tom Hardy’s titular Max spends the first half as a “blood bag,” an unwilling donor bound and connected via tube to his captor – the jazzy riffs Miller plays on just that physical scenario could have carried the film.

Margaret Sixel’s editing deserves special note. Action movies seem to have a template, with certain expected beats and the same old rhythm. Sixel holds some shots longer than you expect, cuts early on others and even drops frames to create an urgent syncopation. Incredible, next-level work.