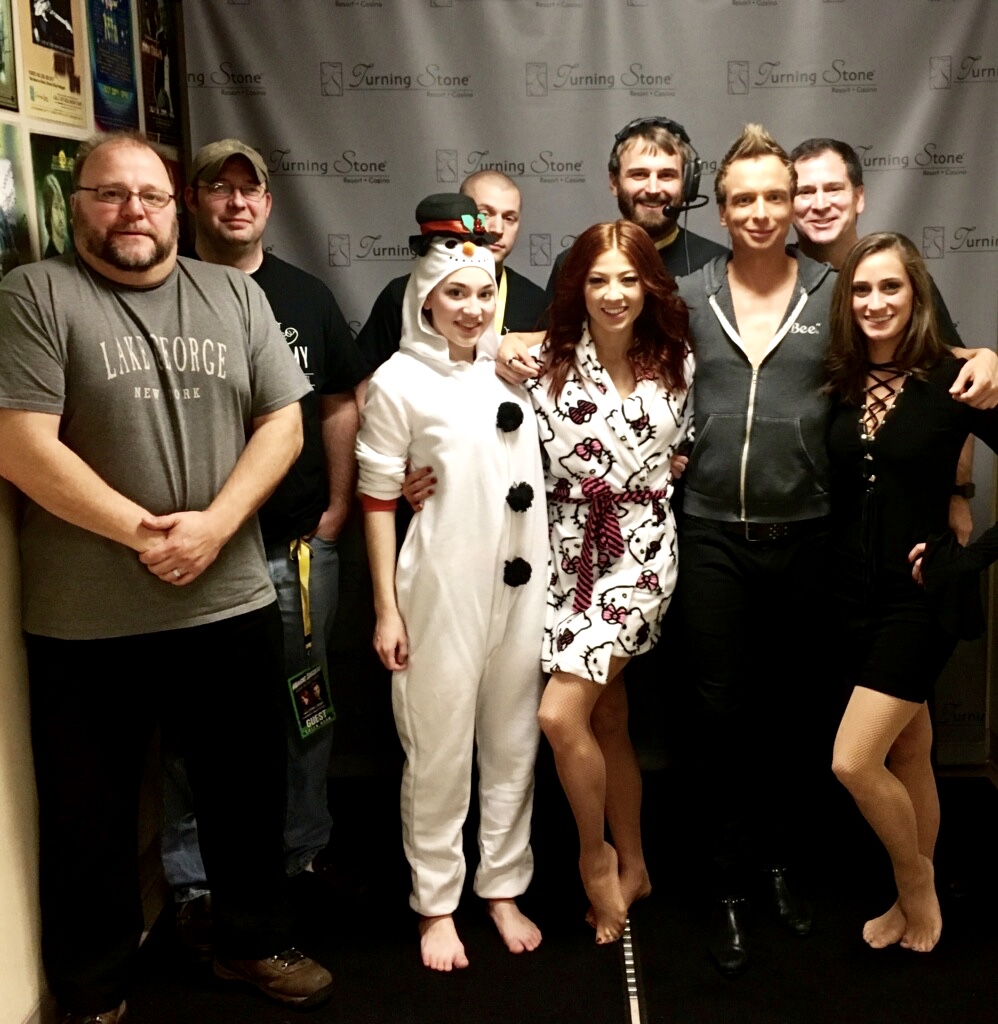 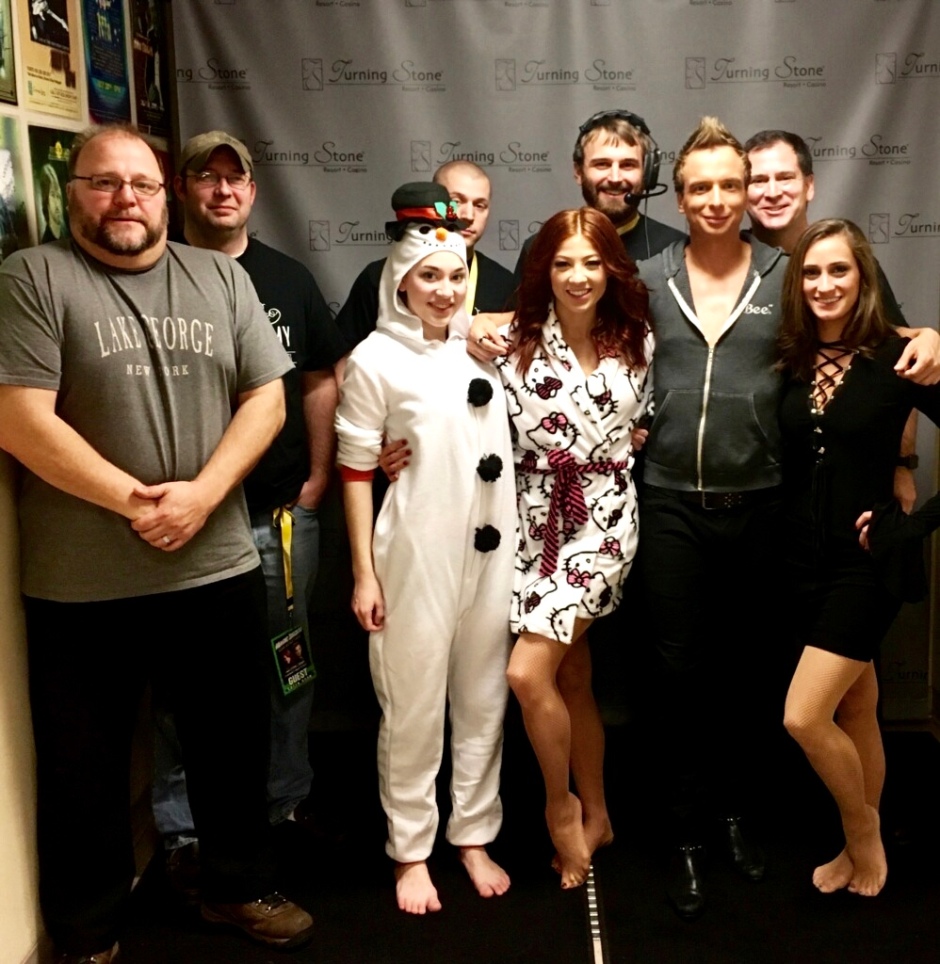 Sarah had worked backstage a year earlier on the Leon & Romy Magic Rocks show at the Turning Stone Casino. She was 14, and her professional stage experience was pretty extensive by then. When I turned in the note excusing her from school, the attendance officer did a double take at the reason: “Working backstage on a production at the casino.” Earlier that year, a director had called her in to stage manage a dance recital at a college. Sarah’s mother had to escort her across campus to the theater, because she wasn’t confident in front of the students; once the headset dropped on, she had no difficulty telling the adult crew what to do and when to do it.

Leon sent a message in October, asking if Sarah and I were available to work the show again. Of course we were. We had a wonderful time last year, mostly because Leon and Romy had been so concerned that everyone – audience, cast, crew, friends and family – enjoy themselves. That’s a far cry from most performers I’ve worked for; most of the time, it’s a good day if nobody chews your head off.

This year was scheduled for two nights, December 18 and 19, with two rehearsal days at the Stanley Theatre in Utica. Leon arranged for everyone to stay at the Casino, and we were again treated like visiting royalty. After the first (sold out) show, everyone headed down to one of the nightclubs on the property. I knew Sarah wouldn’t be admitted, so we visited the bakery for a slice of cannoli cake. Back in the room, she said, “You should head down there. Tell everyone I said good show.” What are you going to do? “Homework, and watch HGTV.”

Down at the (noisy) nightclub, Leon told me that Romy was mad about how he’d treated Sarah – he’d said something about how I deserved to have a good time, even if Sarah couldn’t come. Given the volume level in the club (we were shouting our conversation), I said that Sarah was probably having a better time in the room. I asked if Leon would come back next year, and he said “I don’t want to wear out my welcome.” I said that two sold-out shows, in advance, seemed to indicate that he wasn’t close to wearing out his welcome in Central New York.

The next night, the casino hosted HBO boxing in their Event Center. Some of the boxers overflowed to the Showroom dressing rooms, so a curtain was put up between ours and theirs. (Leon and Romy shared a dressing room, and the rest of us had plenty of space between one additional dressing room and a green room.) We had to pass through the curtain to get from one side of the stage to the other, because there wasn’t a backstage crossover. Officials from the Gaming Commission didn’t like that, as their job was to prevent unauthorized people from coming near the boxers. We were told, “The Gaming Commission will yell at you, but they can’t touch you. Only Turning Stone Security is allowed to touch you.” Alexandra, in her skin-tight Santa’s Helper costume, said “Somehow that doesn’t make me feel any better.”

At one point during the show, Snowoman Sarah crossed through the dividing curtain and bumped into a tall black man. “I just need to go to the other side of the stage,” she said. “OK,” he replied. About that same time, Leon’s manager Bill Dustin reported that 50 Cent (a licensed boxing promoter and rapper who recently filed for Chapter 11 bankruptcy protection on debt of $32.5 million) had walked by. “Hey,” Bill said. “Hi,” Fiddy said. Leon was furious that Bill hadn’t told everyone sooner. Sarah: “I thought he was a security guard.”

And so… I want to thank Leon and Romy, once again, for welcoming us into their crew. For energizing the show business dreams of a young woman and treating her like a professional, a valued peer. I’m sure Sarah would do it for free; to earn Christmas money (and spend an all-expenses-paid weekend at a resort hotel) was just bonus. Leon Etienne goes above and beyond, which touches the heart of a father and also the jaded spirit of a 25-year stage veteran. And like last year, Sarah and I still haven’t figured out all of the illusions we helped present. The Magic of Christmas, indeed.