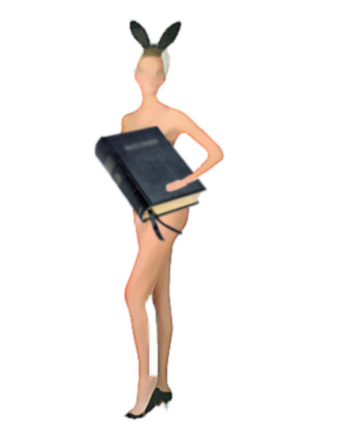 I was talking with my fifteen year-old daughter about her public school health class, specifically about the sex education component. I wanted to know if they were open and thorough about birth control, STIs, etc. “No,” she said. “They pretty much just talk about abstinence. Well, first they show us HORRIFYING pictures, then they say ‘That’s why you should choose abstinence!’” Maybe I’m naïve, but I think abstinence is the opposite of sex education.

My own sex education was covered formally and awkwardly in eighth grade, then entirely corrupted by Christians a few years later. I was seduced at 17 by a college-aged youth group leader, and cast away from the group by another leader who was sleeping with one of my friends. I was married at 20 to a 30 year-old divorcée because I’d been taught to “do the right thing,” or to at least buy the cow… Better sex education would have avoided all that. (Even knowing the difference between good sex and bad would have helped.)

And so my brain began to churn…

Welcome to Club 777, where WE’RE going to Heaven, and YOU’RE not. Now, the HOST of our program, PASTOR Douché!!!

Thank you, thank you. Brothers and sisters, we all know there’s nothing God hates more than good sex, and nothing that pleases Him more than a public school health instructor who teaches abstinence. Today on our show, we’re blessed to have Bob Jenkins, who’s just published a book, “For God’s Sake, Don’t Have Sex.” Bob, welcome to the program.

Thank you Pastor. It’s a pleasure to be here. I’m a big fan of your program, and may I say, you’ve been a huge influence not only on me but on my students as well.

Of course, of course. Let’s start off by talking about what it’s like to be a health instructor in a public school. You must feel like you’re walking into the lion’s den of iniquity every day.

It’s true, Pastor. Young minds today have been poisoned by video games and rap music and gay marriage; combine that with cell phones and rampant hormones and you’ve got a breeding ground for the Devil and his AIDS. It’s an uphill battle to teach the values our Founding Fathers intended.

Amen to that. Now, say I’m one of your students, and I want to know about birth control. What do you say?

It’s not an issue, Pastor, as long as you don’t have sex.

Amen to that. Now, what if your students ask about sexually transmitted diseases?

Same thing, Pastor. Those diseases are God’s punishment for sin, but none of that is a problem if they don’t have sex.

Alleluia! And what about these kids who are becoming gay or boys deciding they want to be girls, and all of that?

Here’s the beauty of abstinence education, Pastor. If you’re not having sex, being gay or not being gay doesn’t matter, does it? I tell my students, if you really want to grope each other, go out for the football team. It worked for me. And there will always be a few sissies who don’t like sports, but playground conversion therapy can be helpful in those situations, if you know what I mean.

Another amen! So if I hear you correctly, all this liberal handwringing about sex education is really just a conspiracy to drive God out of our public schools, raise the minimum wage, and take guns out of the hands of hardworking patriots.

Absolutely, Pastor. Basically, if there’s anything bad in America, it starts with sex, and I see myself as a gatekeeper against that forbidden fruit. Against knowledge, if you will. The solution is abstinence. JUST SAY NO. Keep your pants zipped, and you’ll be fine.

Which is what your book says, so admirably and concisely.

It is a short book.

So now, hypothetically speaking, say I had a person come to me, one of God’s faithful, of course, and he’s done as the Bible instructs, as you yourself teach in your public school health education class. This man has waited until marriage, as well he should, and, uh, let’s say his wife never stopped practicing abstinence. Let’s say she’d rather read that despicable 50 Shades of Grey than partake of Holy Scripture with her husband, if you know what I mean.

Do I ever, Pastor. That poor guy bought the cow, now he just wants to drink the milk, ha ha ha.

Exactly right. So… What can I say to this man to ease his burden? Say he has an opportunity to fly to Cabo San Lucas with a, uh, different but VERY godly woman. How, from your perspective, might I advise this poor man?

Well Pastor, we’re all sinners. The Bible says that’s why Jesus came, if you know what I mean. As long as this hypothetical man is remorseful and asks for forgiveness at some point, he’ll be fine. Also, the Mexico Vacation Kit from AdamAndEve.com might come in handy. And it’s probably a good idea to have her get an STI workup before they leave. And of course, deleting his browser history goes without saying. You know how to do that, right?

Hear this piece in Podcast Episode #7