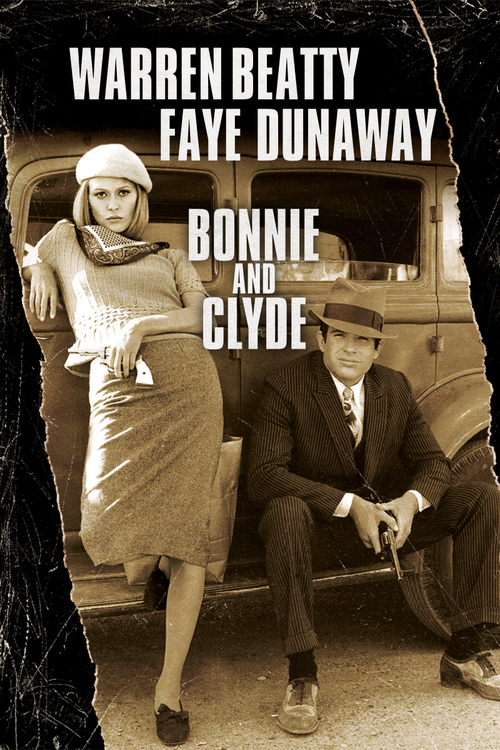 First in a series of “throwback” posts.  This review was written in 1987, when the author was 18 years old, working at the YMCA as a Latchkey Counselor, and watching two or three movies every night.  All awkwardness preserved.

This is a really fun, funny movie. It’s also emotionally devastating. It’s set during the Depression, and it follows Bonnie and Clyde as they rob banks and kill people across the Midwest. At times, it’s hilarious, such as when C.W. Moss parks the getaway car, or when Clyde tries to rob a bank that has no money, and he insists the clerk tell Bonnie so she’ll believe it. The movie is a grand, exciting adventure – the gun battles and chases are well staged and realistic. There’s also social commentary if you’re looking for that kind of thing, but the movie doesn’t require you to think.  There isn’t a wasted scene – everything just flows together, and the cinematography unifies and elaborates on the period and the movie’s themes.

The crowning touch of Bonnie and Clyde is romance – sorry guys, but it’s true – and it’s not just on the screen. The romance becomes personal as we in the audience come to care about these characters. It’s significant that Clyde is impotent, because it removes sex from the emotional mix, yet its absence is looming because maybe it means that Clyde is impotent in other ways, too. (Maybe we all are…) Bonnie and Clyde love each other, and their love gives weight to the shift in tone later in the movie from lighthearted to impending doom. By the time the final scene smashes home, the comedy and adventure are gone, and the movie is summed up in Bonnie’s last look at Clyde – gratitude, love, regret, acceptance, and maybe fifty other things in there as well. The end of the movie devastates because the buildup to it is so good. We’re invested.