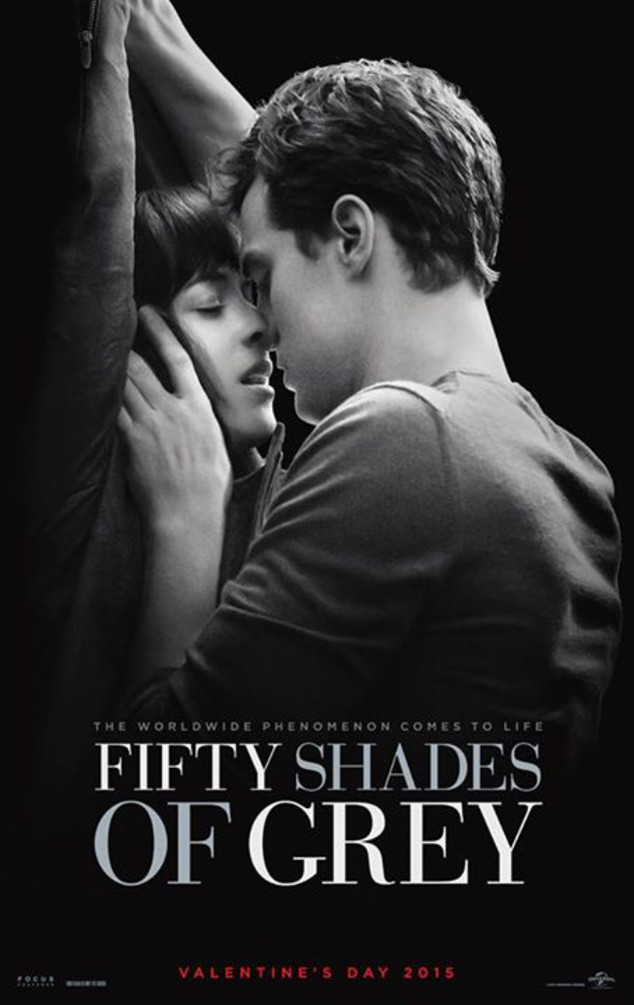 Let’s get the movie review out of the way: Fifty Shades of Grey is bad, but not quite as bad as the book. Sometimes the filmmakers gently tweak instead of polishing the novel, suggesting a trashier, funnier movie that might have been. Dakota Johnson is very good, Jamie Dornan is terrible; the only spark between them happens when she’s blindfolded (she can finally avoid his perpetual smirk.) The writing is awful (somebody allowed E.L. James to be an active producer, and she fought every effort to adapt and improve) but the photography is shiny and the music is inoffensive. Despite some critics’ griping, the sex really is sexy, but the movie’s dramatic rhythm is slack and those scenes play like music video interludes. A romance or sex comedy should have a robust structure to support the naughty bits; this film is little more than expensive softcore.

And yet. When E.L. James’ novels came out, I knew women who read them voraciously. Intelligent, well-read, functioning members of society have purchased 100 million copies in 52 languages. The movie has already broken box office records. Audiences are responding to something, despite the snarkiest efforts of critics like myself; we shouldn’t dismiss the phenomenon.

Plenty has been written about how unhealthy the protagonists’ relationship is in this film. But isn’t that what a romantic drama is usually about – the resolution of conflicts on the way to a happy ending? The movie makes every effort to give its heroine choices. The bulk of the plot is a literal negotiation for what each party wants (they draw up a written contract), and what she will and won’t do for love. The movie allows her to say “no,” many times. “But if young women see this, they’ll start experimenting with S&M!” Maybe. When a madman shot up a theater in Colorado during a midnight screening of The Dark Knight Rises, hotheads screamed that violent movies cause violent behavior. And one or two people who watch The Avengers will put on tights and jump off buildings. And some who watch John Grisham movies will become lawyers. I’d rather they experiment with S&M. Fifty Shades of Grey is only slightly risqué – as much as protestors fear it will undermine the moral fabric of society, it’s fairly conventional at heart. (France got it right.) Consider again: at least 100 million readers, and record-breaking movie audiences. A truly subversive piece would not be embraced like that.