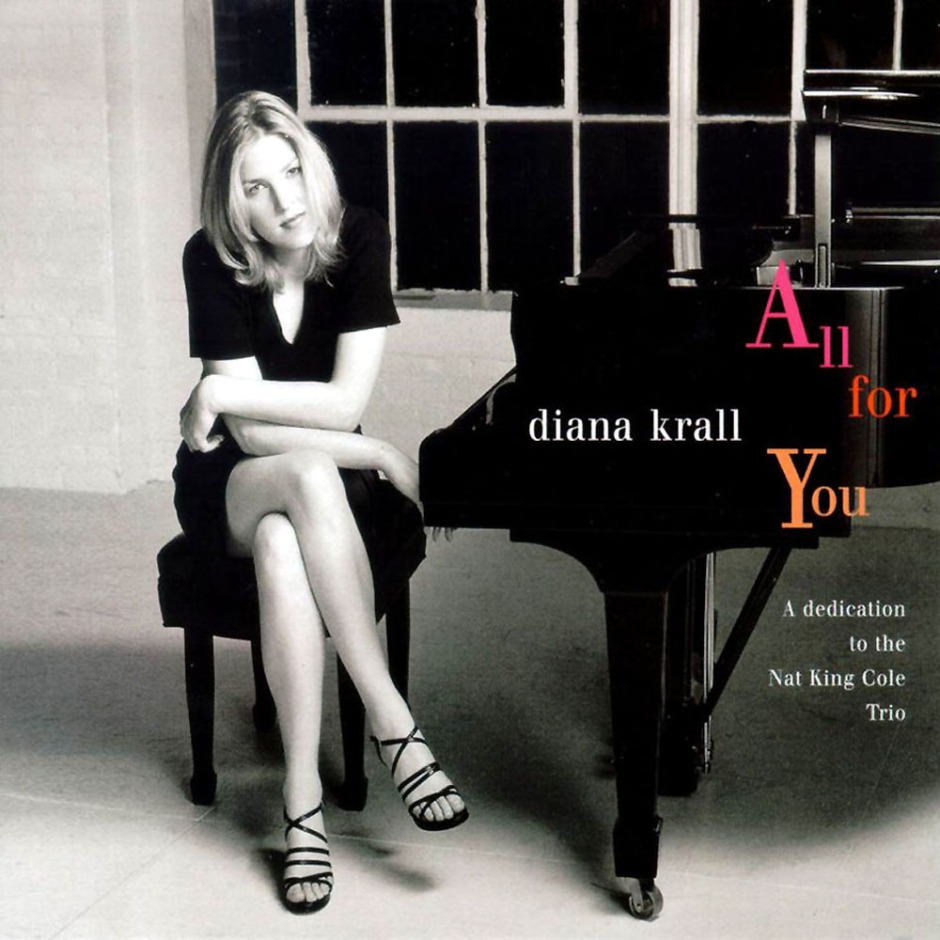 Munson-Williams-Proctor Arts Institute used to present six consecutive nights of free shows under a giant tent every summer. Genius, vastly underrated arts administrator James Shermer would scour festivals across the country and find the best artists that almost no money could buy. Among his many coups were trumpeter Chris Botti before he was famous (during Botti’s visit Aretha Franklin called the MWP switchboard hoping to congratulate him on a new album, but the band was off looking for weed and we had to take a message.) Another Shermer find was a jazz pianist and singer named Diana Krall.

In the summer of 1996, Diana Krall had already released two albums, and had recorded but not yet released her breakthrough All for You: A Dedication to the Nat King Cole Trio. Her first concert in Utica was on a cold, rainy weeknight. Amazingly, she was game and we set the stage. One of MWP’s wonderful Steinway grand pianos was carefully placed center stage, under the tent. (Al Grenning always tuned the Steinways; he seemed to strip and rebuild them for every concert, and that day must have been a special challenge because of the dampness.) Upstage were drums, the upright bass was stage left.

I remember about thirty people in the audience that night. One might have understood if Krall had abbreviated her performance, but she ran the gamut and astonished us with a once-in-a-lifetime experience. We had to move the bass at one point because the tent started leaking directly overhead, and by the end of the show there were several puddles surrounding the trio. The iconic moment for me is Krall playing Boulevard of Broken Dreams, the stage washed in deep blue, Susan’s followspot just barely lighting the singer’s face through the mist, with the variable percussion of rain on the tent surrounding and drawing us all together. As the lights faded, the ovation from the poncho-clad, blanket-swaddled crowd went on and on.

After that performance I bugged the powers-that-be to bring Krall back for an indoor concert. It took a few years but they finally managed to book her. The brochures were printed and the tickets sold. About a month before the concert, Krall’s management contacted MWP. They’d gotten an offer to play a casino somewhere on the same night, and a pile of money was on the table. We were welcomed to match the offer. It wasn’t to be.

Now, I know Diana Krall might not even be aware that she was once double-booked and backed out of what should have been her triumphant return to Utica. But I also know that I can’t look at that album cover anymore without gritting my teeth, and I’ll change the channel if she’s on. Still, that summer concert in the cold and the rain is on my top ten list, and I’d guess it’s the same for those few others lucky enough to have been there.