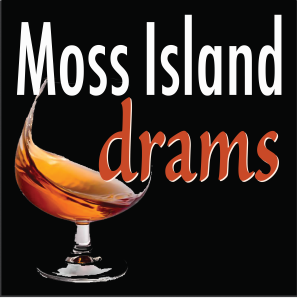 Once, I received this text from a friend: “Help! I’m at the liquor store to buy a gift for my Dad. He loves Scotch, but I don’t want to break the bank.”

It’s easy to fall into the trap of thinking decent Scotch has to be expensive – restaurant bars often charge $18 or $24 for a shot of some 12- or 18 year-old single malt, and shelf displays in stores suggest anything less than $80 might be swill.

For a long time, I recommended The Balvenie DoubleWood 12-year, although most would consider $55 on the high end of “bargain” (it’s worth that and more, but I don’t know many who’d call it inexpensive.)

Recently, my brother-in-law David introduced me to a couple of highland single malts that qualify as real bargains, which should please any Scotch lover on your gift list.

Tomatin is known for distilling product for use in blends, and this 12 year-old has only recently been released under the Tomatin name. You should be able to find a bottle in the $30 price range.

Primarily aged in bourbon casks then finished in sherry. The nose doesn’t reveal much – there is a hint of toasted sugar. It begins smoothly on the palate with a honeyed sweetness, and the sherry influence is noticeable but gentle (it doesn’t overwhelm the malt.) Although the flavor doesn’t expand in the middle and it seems a trifle thin, there are pleasant hints of dried fruit. It finishes cleanly, much like it started (more sugary notes).

If it seems like I’m damning with faint praise, I’ve had single malts at twice the price that I enjoyed half as much.

Aged in bourbon casks and finished in sherry. Pale gold in the glass and faintly herbal on the nose, this whisky surprises on the palate. The body is more substantial than you expect, with initial toffee notes and vanilla. You might be surprised again by the brief, dry finish – there isn’t any cloying sherry sweetness, rather the barest hint of peat.

All in all, an archetypical Speyside malt – well executed, and an ideal entry to the world of single malts. You should be able to find a bottle for around $25