For me, the week following Thanksgiving has often meant spending a week in Utica’s Stanley Theater, preparing for Mohawk Valley Ballet’s production of The Nutcracker. The enterprise is in its forty-first season, and has long been a cultural high-water mark in the local arts scene.

My first Nutcracker was in 1989, when I was an apprentice in a decrepit outfit called Fitzgerald Lighting and Stage Rentals. Back then, the Stanley had no lighting or sound equipment in-house, and everything was brought in for each show. Fitzgerald owned maybe two dozen lights, and got the rest from Altman Rentals, in Yonkers. Because of the holiday weekend, the order had to be picked up on Wednesday before Thanksgiving, so we could load in to the Stanley the following Monday morning.

I remember a 14′ Penske rental truck sinking down as dimmers, cables and lights were packed in, stacked floor to ceiling, until the rear tires were perilously close to the wheel wells. Altman’s was on the river, down a treacherous hill from the main road. We had to time our run back up that hill to the traffic light – the truck was over weight and might not move forward again if we stopped on the incline. We also skipped weigh stations on the highway, reasoning that authorities wouldn’t expect a rental truck to be aware of the requirement to stop.

The Altman rental equipment wasn’t always in the best condition, which meant repairing it after we loaded in to the theater. I was under strict orders not to reveal the source of the equipment (Fitzgerald had delusions of being a much larger company than it was.) When I asked what people would think of us bringing in broken equipment, I was told to say everything had come right from another job, and we hadn’t been able to check it over.

In 1989 the technical director was Joseph Rusnock. Joseph was a theater professor at the University of Central Florida in Orlando, and he came every year to supervise the sets, sound and lighting. He became my first real teacher, although in keeping with Fitzgerald tradition I had to pretend I already knew it all. Joseph was kind and patient, and I was able to absorb a wealth of knowledge just by following his instructions and watching him work.

In the early 1990’s, the Ballet mounted a capital campaign to create their own backdrops. Over a four-year period, a new set of drops was added each year, one Act at a time, completed by the scrims used at the beginnings of Acts 1 and 3. The investment was significant – the figure I’ve heard is $100,000 and although I don’t know if that’s exact, it’s in the ballpark. All told, there are 22 hanging scenic pieces, all designed by Joseph (that was his real gift), and they remain some of the most well-realized painted drops I’ve ever seen. The design for each Act contains echoes of the others, rewarding careful and repeated observation. The snow scene is my favorite, with sweeping branches curved like a dancer’s upraised arms. It isn’t “pretty” so much as beautiful – the scene has a barren, almost-nightmare quality that reminds us we’re in Clara’s dream world.

I semi-retired from stage work in the early 2000’s when I started college. I’d worked on thirteen Nutcrackers as a lighting technician and board operator through 2001, and then on two more as a stagehand while I was in school. In early 2010, Delia Foley, the company’s artistic director, called to see if I’d like to be technical director. By then I hadn’t worked at the Stanley in years; the theater had undergone a major backstage renovation in the meantime. I declined, citing a busy schedule. I said if they absolutely couldn’t find anybody else to let me know. A few months later I received a card in the mail: “There’s nobody else, we need you.” Which was a flattering and scary card to receive.

The first day of Nutcracker setup involves hanging the drops and laying the dance floor. It takes about eight hours with six stagehands, or six hours with eight stagehands (our present configuration). The second and third days are for lighting and sound setup, a total of 16 hours. There is a rehearsal on stage every evening. The final day of setup involves focusing the lights, writing cues, and miscellaneous tasks in preparation for the dress rehearsal. All told, there is about 48 hours of work in the theater with stagehands prior to the first performance (the dancers start work in August, so they have the longer road.) I start getting my paperwork together in October, which adds another 8 hours of technical preparation.

The show requires seven stagehands to run, in addition to lighting, sound, and props (ten altogether.) Scene changes require four people pulling drops in and out simultaneously. During the snow scene, between 10-15 pounds of newspaper flutters to the stage, driven by two stagehands pulling ropes that turn the drums. 100 pounds of dry ice is used to produce fog for the opening of the Sugarplum scene. 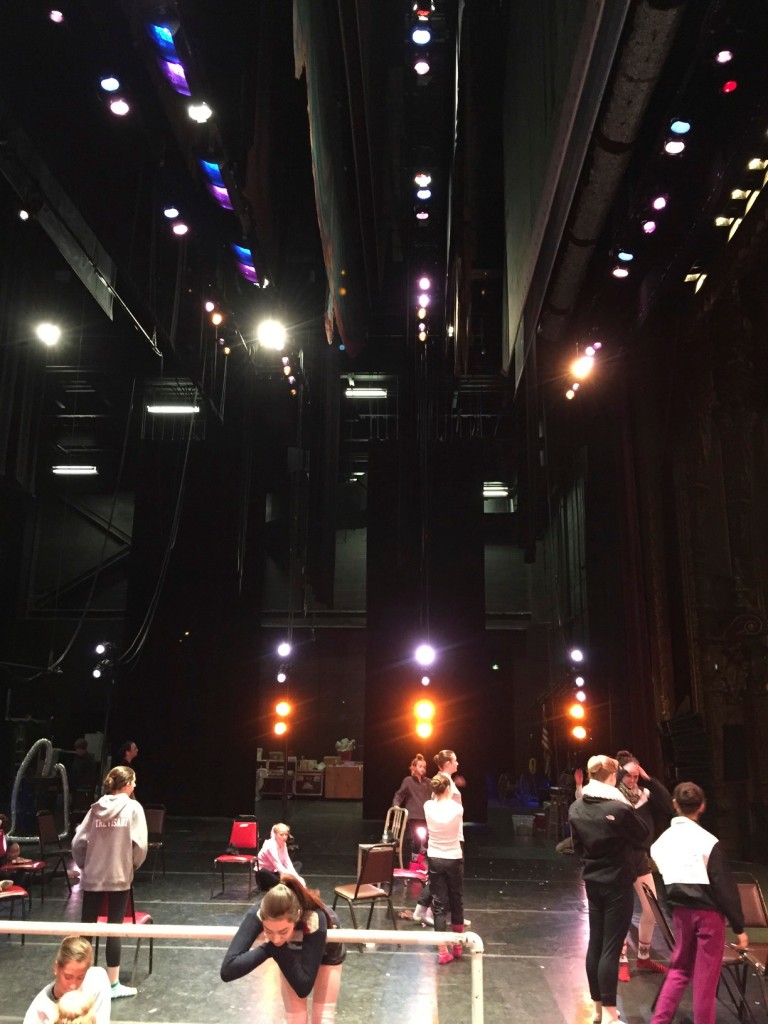 In 2014 I’m on my fifth year as technical director, following in the shoes of my first and best teacher. I re-imagined his lighting plot in 2011, keeping about half of Joseph’s elements and many of the colors (his original is acknowledged in the program.) I’ve cut a day out of the setup schedule to reduce costs. The production remains a well-integrated spectacle, with brilliant scenery, fluttering snow, menacing smoke and billowy fog among its theatrical flourishes. Professional dancers are hired to work with local ballet students; the costumes and choreography are exquisite. This year also marks Delia’s finale as artistic director of the company, which will represent a bittersweet transition for many.

If you’re in town, this is a great year to see The Nutcracker at The Stanley. It runs Saturday, December 6 at 7:30 PM, and Sunday, December 7 at 2:00 PM. Great seats can still be purchased online (http://www.ticketmaster.com/The-Stanley-tickets-Utica/venue/172) and at the door. If you come, stop by the lighting board to say hello. 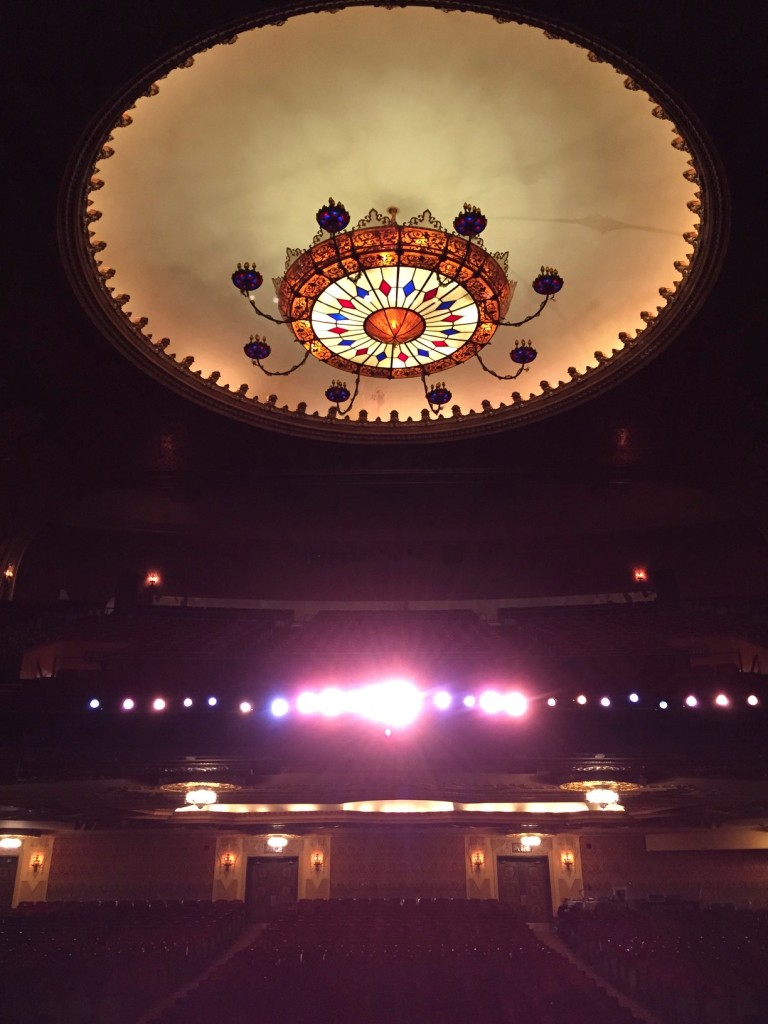